Women in Tech: “A cultural problem exists that needs to be addressed” 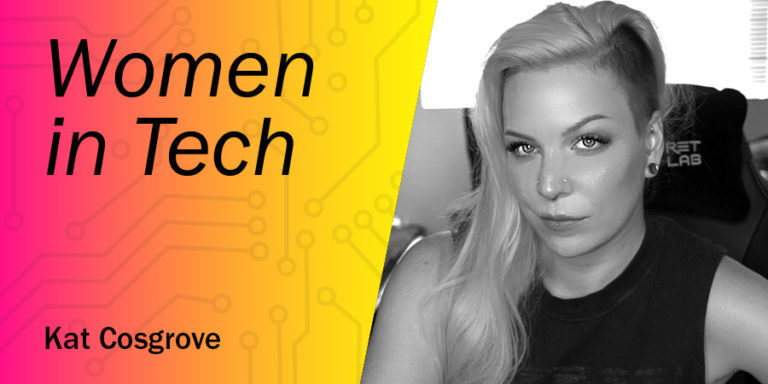 A research study by The National Center for Women & Information Technology showed that “gender diversity has specific benefits in technology settings,” which could explain why tech companies have started to invest in initiatives that aim to boost the number of female applicants, recruit them in a more effective way, retain them for longer, and give them the opportunity to advance. But is it enough?

Three years ago, we launched a diversity series aimed at bringing the most inspirational and powerful women in the tech scene to your attention. Today, we’d like you to meet Kat Cosgrove, Developer Advocate at JFrog.

Kat Cosgrove is a Developer Advocate at JFrog, a CNCF Ambassador, and an experienced conference speaker. This year, she has spoken at dozens of conferences, but the highlights include Kubecon EU, the world’s first DevOps conference to be held in Animal Crossing, and All Day DevOps, as well as multiple workshops from her DevOps 101 series. Her professional background has run the gamut from bartender, to video store clerk, to teacher, to software developer. She credits this wide-ranging experience for her success as a speaker, developer, and advocate for DevOps. Her specialty is approachable 101-level DevOps content for junior developers or anyone else who considers themselves a newbie, to make DevOps practices and tooling more approachable and adoptable for everyone. She also talks about DevOps for IoT, a rapidly growing, increasingly important, and technologically challenging space for innovation. In her time as an engineer on JFrog’s IoT team, she built a proof of concept demonstrating how a robust DevOps pipeline could enable fast over-the-air updates for cars.