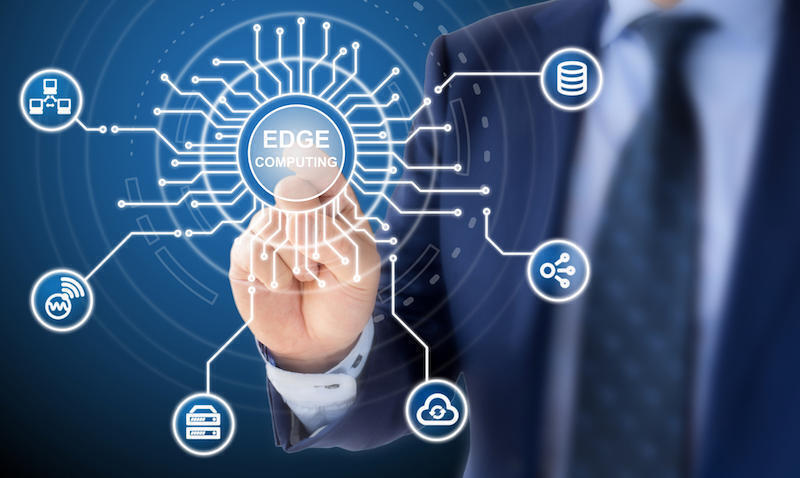 AT&T has released its annual Cybersecurity Insights Report, with several key takeaways from 2021 and predictions for the year ahead. Edge computing is a key focus of the report, as AT&T goes into detail about the state of edge, as well as the company outlining the risks and security based on survey data and interviews of over 1,500 IT executives.

Edge computing and its uses

The report analyzes several key aspects of edge computing, including why it is important to think of the edge computing as a set of essential characteristics to a network. AT&T defines edge as a distributed architecture made up of applications, workloads, connectivity and networking. The company also detailed that integration with 5G, legacy cellular, wireless and cloud computing all make sense moving forward into the future.

The reasons for many industries moving towards edge computing were detailed by AT&T:

Some cases for adopting edge networks according to the report, industrial IoT or OT functions were the largest amount of general use cases expected in production over the next three years, followed by enterprise IoT and industry oriented consumer IoT functions. AT&T’s data in the report says “[these] findings make sense because IoT in a broad sense is the application or use case that generates the data that’s moving around the edge.”

In addition, other industries such as healthcare and financial services were brought forth as burgeoning areas where edge will be implemented in the future. Of the respondents to the survey in the healthcare industry, 74% are planning or have begun implementing an edge use case, with the ability to provide care in remote locations and virtual care services being cited as two of the potential advantages for edge use in that industry. In finance, 73% of respondents said they have implemented or begun to implement these edge use cases, with concierge services able to provide personalized experiences for customers and enabling the delivery of real-time data to clients to build relationships.

However, the largest planned edge network environment detailed in the report is private 5G. With several enterprises launching private 5G networks, this comes as little surprise that as 5G continues to grow these use cases will become more broadly available and beneficial. While autonomous driving vehicles and robots are further into the future for these private 5G utilization, once private 5G has become the standard AT&T says it expects general purpose computers, individual devices and multi-access edge (MEC) to become the top use cases.

While edge has its benefits, it is still in the process of being adopted by many industries, with some enterprises moving forward with edge use cases despite the risks associated with doing so. Edge computing makes cloud part of the equation, opening many industries up to security risks, and that shared security responsibility must become more of a focus. In addition, AT&T says that cloud providers need to solve more security requirements. In these cases, ransomware and sniffing attacks become more of a concern across edge users.