Innovating wildlife conservation, one drone flight at a time 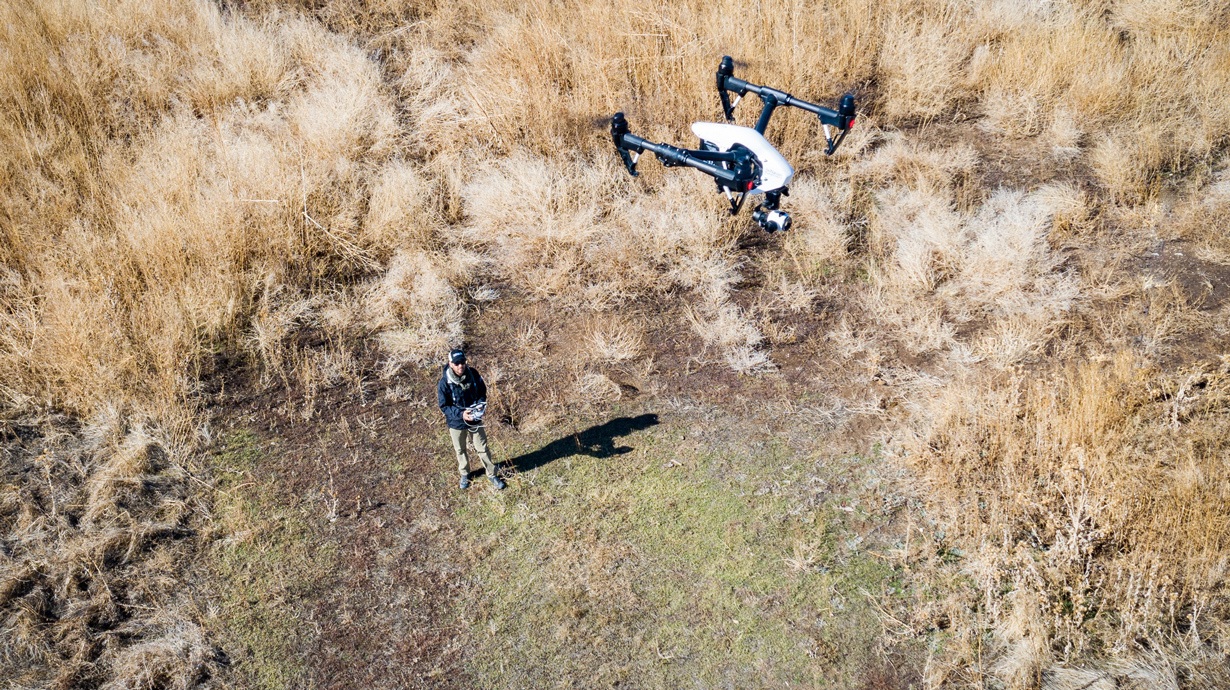 Colorado is enormous. At nearly 105,000 square miles, the 38th state is roughly the size of New Zealand or Ecuador, a vast expanse of plains, mountains, canyons, rivers and more. Traditionally, wildlife conservation work here has been a herculean task, requiring a vast amount of people deployed in the field. But what if there were another way?

Eye in the sky

The technology operations manager at the Colorado branch of The Nature Conservancy (TNC) grew up in Venezuela, fascinated by radio-controlled helicopters. As he got older, his interest in all things aerial led him to the emerging world of drones.

Working with TNC, he helped count bison populations, assess damage from wildfires, identify cottonwood trees, and do other painstaking work on foot. “That’s when it occurred to me,” Lozada says. “I knew drones could be the answer.”