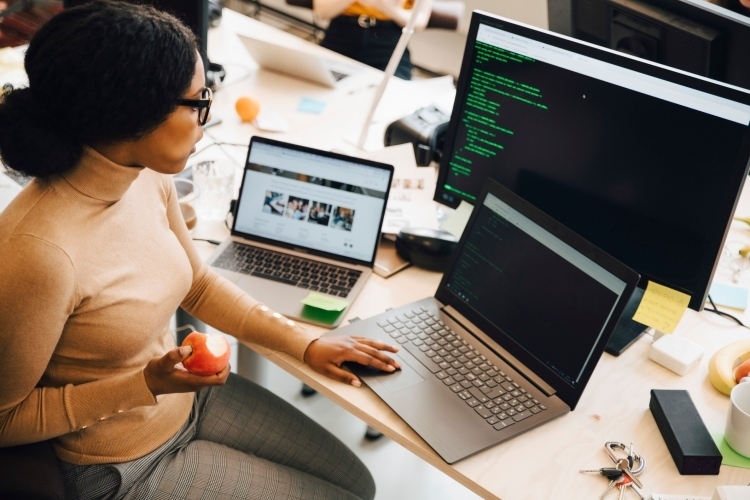 There’s been a lot of discussion about how we see few women of color in tech because there are few of them in the STEM pipeline. But a forthcoming study my team conducted as part of the Kapor Center’s Women of Color in Computing Collaborative shows that the pipeline is only part of the problem. We found robust evidence of bias, which was associated with women of color in tech being the equivalent of 37.6 percentage points less likely than white women to see a long-term future for themselves at their companies. Women of color in tech were also 16.4 percentage points more likely than white women to report that they have left or considered leaving a company because of its culture.

Here’s the bottom line: Tech is less of a meritocracy than we like to think. Women of color were dramatically more likely than white women to report bias in hiring, assignments, promotions and compensation, performance evaluations, and access to sponsorship network. Our prior study found that white women engineers were dramatically more likely to report bias in workplace systems than white men.

Before I dip deeper into the study’s findings, an important note on the study itself: We had 216 responses to our 10-minute survey that used Likert-scale and open-ended questions designed to pick up how bias plays out in the workplace. It ran from December 2019 to May 2020 and was supplemented by qualitative data from 11 one-on-one interviews. The survey was open to all women in tech, and we promoted it via affinity groups, alumni groups, and employee ERGS, and our team’s personal networks. The racial/ethnic breakdown was: 10.6% white, 28% Black or African American, 40% Latinx or Hispanic, 28% East, South, or Southeast Asian, 21% Multiracial, 12% Native American, Alaska Native, and other underrepresented groups. (Note that this adds up to more than 100% — individuals who selected “multiracial” and also specified racial/ethnic groups are counted more than once as are some individuals who selected a racial group and indicated their ethnicity.) 68% were individual contributors, 23% were managers, and 9% held other tech roles. While the sample sizes for this survey were small, our group has previously collected data using the Workplace Experiences Survey from approximately 18,000 individuals in different industries. This existing data gave us a useful baseline to understand how the experiences of women of color in computing compare on average to women of color in other industries (letting us know that women of color in computing are reporting high baseline levels). At the same time, we were able to compare the effect sizes of the differences between white women and women of color, and among women of color in different racial/ethnic groups, in the current study to the average effect sizes of the differences we find in other industries. This approach allows us to understand what the data for this study are saying, even if we are unable to conduct null hypothesis significance testing.