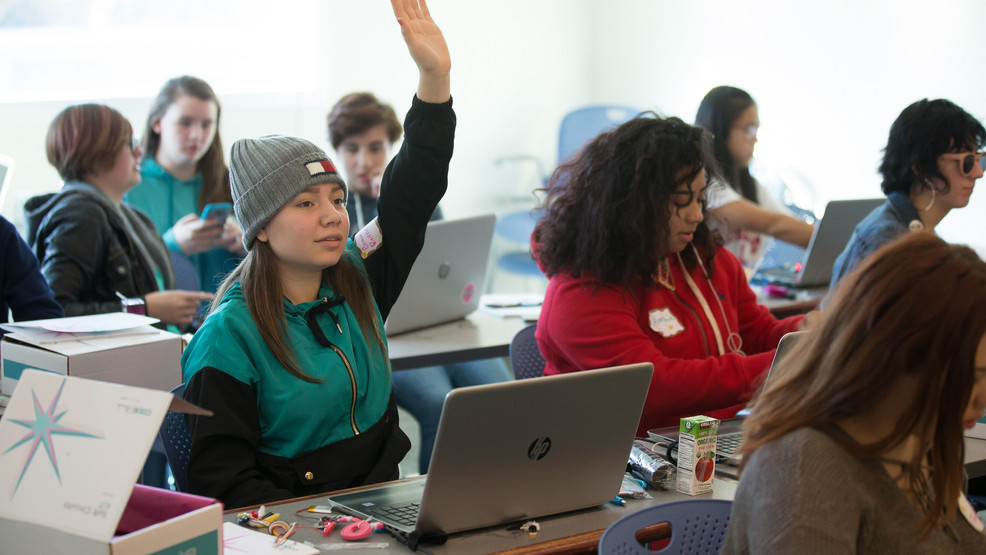 ovi Pusaroa had always been interested in tech but was scared to pursue it — the 19-year-old said she hadn't seen many females in the industry, and she wasn't interested in coding.

So, that was that, right? Wrong!

An advisor her freshman year of high school suggested Pusaroa look into ChickTech, a nonprofit aimed at encouraging womxn* and girls to pursue STEM-based careers. Pusaroa went to a kick-off event, made a mini-robot that she programmed to do a little dance — she was hooked.

ChickTech, founded in 2012, serves tens of thousands of womxn and girls every year nationwide. They work not only to increase the number of girls and womxn who pursue tech but also to retain them in the industry. The nonprofit does this through events, summer camps, mentorship, meetup groups for adults, conferences and partnerships with other organizations.

Being a part of ChickTech allowed Pusaroa to see not only see all the other girls in the program but also women working at companies like Starbucks and Microsoft.

"I grew up thinking that there is only one path," she said. "Being able to talk to so many female mentors [at ChickTech], I realized there's not really one path; it's more of a maze."