Hybrid work is coming to big tech. Its contractors might not be so lucky 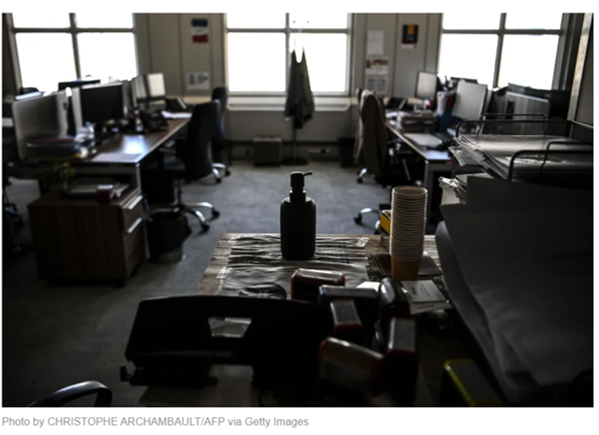 In fits and starts, the US is reopening — in many cases to the chagrin of office workers who have settled into work-from-wherever setups they’ve had the past 16-ish months to perfect. And given the willingness of many of those same workers to quit rather than go back to full-time cubicle life, many companies have offered some form of “hybrid” arrangement as a compromise.

It seems that benefit isn’t being extended to all workers, though. Amazon, Apple, Facebook, Google, and Microsoft were short on concrete answers as to which contingent workers — which comprise sizable, sometimes majority portions of their workforce, and perform functions from hospitality and security to content moderation and coding — if any would be allowed to work remotely.

Each of these tech giants appear to be instituting some version of partial remote work for corporate employees, with some minor variations. Amazon, Google, and Microsoft each announced these changes publicly on their corporate blogs, while internal memos to the same effect within Facebook and Apple were reported on by the Wall Street Journal and The Verge, respectively. All instituted a future of what Microsoft hazily described as “working from home part of the time (less than 50%) as standard for most roles,” and its competitors as some variation of requiring three days per week in the office. Apple took the extra step of mandating which three days — Monday, Tuesday, and Thursday.

There are of course, caveats in both directions. Some roles were flagged by Facebook and Amazon as not being remote work-applicable: jobs like hardware engineers and data center workers. On the other hand, nearly all of these companies noted that eligible employees could remain fully remote if they were granted that permission by their manager. Google even developed a tool that will show remote workers how much it plans to shave off their salaries if they go the remote option and move somewhere with a lower cost of living. (Thanks?)

Missing from any of these memos or announcements, though, was any mention of whether remote work options were available to the legions of contractors that help these companies function. Spokespeople for most of these companies sidestepped the question. “When it comes down to our contractors and partners, I wouldn’t be able to speak on their behalf or how they would implement our policy,” an Amazon spokesperson told The Verge. Facebook provided a similar answer. Facebook’s spokesperson did not respond to a request for a list of which agencies they used for contract labor so that we could ask each company about its remote work policies, while Amazon declined to provide one citing “confidentiality reasons.”

A spokesperson with Google stated that temporary staff would likely be required to come in the same days as the teams of employees that oversee them, while the companies that employ its contingent “vendors” had already determined which jobs could or could not perform their work remotely. The same spokesperson was not able to provide an approximate percentage for how many of these vendors would have that benefit extended to them.

Through an external communications agency, a spokesperson for Microsoft wrote that aforementioned corporate blog was “all the company has to share.” Apple did not respond to multiple requests for information.