How the shift to edge computing is impacting enterprises 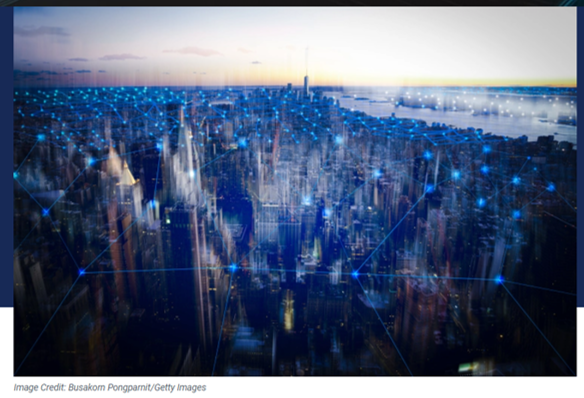 It comes down to simple physics and cost: In cloud computing, high availability and sub-second response times are nearly impossible, or at least unfeasibly expensive.

This drawback has given rise to edge computing, which moves computing resources to the physical location of data creation, or the so-called “edge” of the internet. The touted results are real-time speeds and dramatically increased availability, flexibility, resiliency and consistency of the data.

According to Dave McCarthy, research vice president for cloud and edge infrastructure services at IDC, there has been a shift in mindset from “…anything and everything should go to the cloud, to ‘Let’s use the cloud for what it’s good for, and use other things when they make more sense.’”

Edge computing has increasingly become a priority for a growing number of organizations. According to IDC, worldwide enterprise and service provider spending on edge hardware, software and serves is expected to hit $176 billion in 2022, representing a 14.8% increase over 2021. That spend is anticipated to approach $274 billion by 2025, according to the firm. Similarly, the LF Edge arm of the Linux Foundation expects edge spending to jump to $800 billion by 2028.

This has equaled exponential growth in the number of providers. Industry giants and specialized companies alike have been expanding into the space; established providers of edge computing platforms and services include Cloudflare, Macrometa, Platform9 and Litmus Edge. Amazon Web Services (AWS) offers its Lambda@Edge technology, while IBM has Watson Anywhere, and nearly all other IT vendors, from Google, to Dell, to Hewlett-Packard Enterprise (HPE) have announced plans to provide some sort of multiple edge computing platform.

Couchbase, a distributed NoSQL cloud database, has also expanded its support of edge computing with the launch of Couchbase Mobile 3. The new platform allows developers to build fully native applications in the cloud, at the edge and on mobile and IoT devices using their chosen languages, frameworks and platforms, according to Wayne Carter, Couchbase’s vice president of engineering.

Better, faster, stronger — the demand for data and apps

The 11-year-old, Santa Clara-based public company has established itself with its two versions of an open-source, NoSQL, multimodel, document-oriented database software.

As Carter noted, modern apps need to be faster, more resilient, agile, and accessible, and have the capability to be run from anywhere. Since apps run on multiple different systems, developers need to be able to configure hundreds of locations and devices quickly and easily.

The goal with the Couchbase platform, and with edge in general, is to move data closer to where it is being used, even when it is in motion, to ensure that apps always have access to it.