How Women Can Ditch the Guilt When Juggling Careers and Family 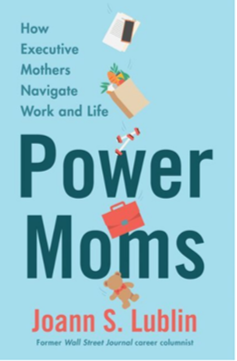 As I explored how powerful women navigate careers at the top of the corporate ladder while raising a family, one thing became clear: Working-mother guilt persists in American society today because gender-role expectations haven’t evolved enough.

Such guilt has troubled Power Moms, both the first wave of the pioneering generation of women now typically in their 60s, and a second wave of moms in their late 30s and early 40s who earned executive roles more recently. Yet most of the mothers I spoke with have sought to reject it as a debilitating waste of energy.

One of those baby boomers, Andrea Jung, ditched her guilt partly through strict self-discipline. Ms. Jung, the first female CEO of Avon Products and current CEO of Grameen America, one of the fastest growing microfinance organizations in the U.S., decided to no longer worry whether she chose wisely between her two youngsters’ athletic events and her business meetings.

Hired by the cosmetics company as a product manager in 1994, she was a single mother throughout her 12 years at its helm. Accepting her difficult choices about work and family meant that “one day Avon wins, and one day the children win,” said Ms. Jung, who is now 62. “The one thing that helped me for the lion’s share of my career was [saying], ‘I am not even going to think about what I am not at.’ ”