At 21, this woman bought a one-way ticket to the US. Now she’s in the C-suite 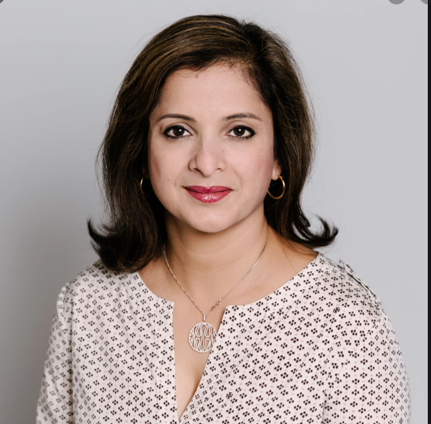 Yamini Rangan was 21 years old when she decided to book a one-way ticket from her small hometown in India to Atlanta, United States.

“I was terrified,” Rangan told Yahoo Finance. “But excited.

“Very early in my life I decided I was just going to get out and be independent, and so I think there was much more excitement than terror.”

But moving from India to the US didn’t come without its challenges, she recalls.

“I came from a super small town in India,” Rangan said. “My parents did everything - two girls, took care of everything, we barely did anything, and then I came to a new country.”

Reality swiftly settled in. “After I paid my first month’s rent, I had $150 in my pocket and I realised, ‘Oh, I guess I need to work.”

Her first job was in a restaurant serving food and drinks in a football stadium, which to her was nothing short of shocking.

“I grew up watching cricket, and then I was watching American football and people were just going crazy – it was a complete cultural immersion.”

But Rangan took everything in her stride.

“I didn’t want to go back to my parents and ask for money every month.

“It taught me a tonne of resilience, and I had to quickly adapt to figuring out how I was going to fit in work, a new job, my next internship – I really learned a few life lessons in terms of believing in yourself.

“There was never giving up, it was always trying to be the best every single day, and forgetting all of the imposter syndrome things that we say.”

A fierce advocate for women in STEM

Rangan is now the chief customer officer at HubSpot after a stint in the C-suite at Workday and DropBox. She describes herself as something of a “rebel” after she chose to pursue a different path to medicine, like her sister.

“My sister became a doctor, so I didn’t want to become a doctor,” she said.