How Multifamily Investment Will Eventually Migrate to the Blockchain 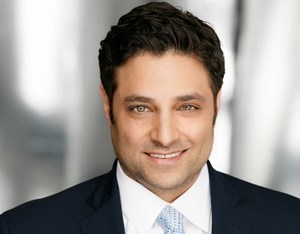 Up until recently, I only had a vague concept of what blockchain technology was, and admittedly conflated it with Bitcoin and other cryptocurrencies. Now that I’ve spent some time digging into this nascent technology, however, I’ve become increasingly convinced it is not only here to stay but that blockchain—along with the assets that transact on it—will transform nearly every aspect of commerce as we know it today.

For newbies like me, blockchain is a digital log on which transactions are made, particularly in cryptocurrencies like Bitcoin. These transactions are recorded on “blocks” of data that are validated and added onto the previous block, hence the name.

Due to its decentralized record-keeping technology known as a distributed ledger, transactions made on the blockchain are secure, encrypted, and very difficult to manipulate or hack into.

Commercial real estate has been slow to adopt disrupting technologies and new methods of transacting. This leads to the question: Will migrating to the blockchain ever become a reality for an industry averse to change?

The answer is yes … eventually.