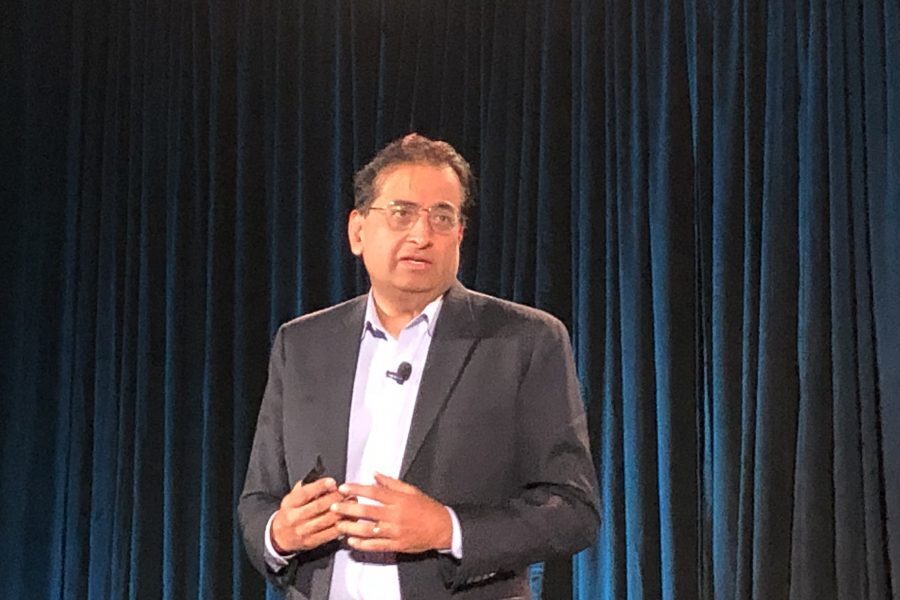 Cloud computing with centralized processing has transformed the way enterprise and government agencies do business, but many “smart” initiatives benefit greatly by leveraging compute power on the edge of the network, lowering latency and improving the ability avoid problems in real time, according to IWCE 2022 keynote speakers.

Qualcomm probably is best known for its prowess in building chips that drive myriad communications devices, but the company also has a fast-growing business unit that is helping simplify the fragmented Internet of Things (IoT) market for enterprises and governments, according Sanjeet Pandit (pictured above), global head of smart cities at Qualcomm. In this space, having compute power at the edge of the network allows for more effective automation and decision-making in a variety of use cases.

“Everything happens on edge,” Pandit, said during a Wednesday keynote at IWCE 2022 in Las Vegas.

“Smart cities have been talked about for years—years and years,” he said. It’s been talked about so much that the term has become a catchphrase of sorts that doesn’t fully capture what’s really going on. But beyond the hype, the smart cities initiative is a concrete movement focused on ”harnessing the power of digitization,” he said. “You don’t want to deploy technology for the sake of deploying technology.”

And at the core of this digitization is edge computing, according to Rob High, IBM Fellow and VP, chief tech officer of IBM’s Network and Edge Computing.

“From a drone, to a robot, to a police vehicle, even wearables—the amount of computing that’s being built into devices” is impressive, High said during his IWCE keynote on Wednesday. “As a general rule, the closer you bring the computer to the person, (the closer) you’re bringing the task to be performed.”

When combined with artificial intelligence, the capacity for automation has been expanded tenfold—a reality that is particularly apparent within sensor-based Internet of Things (IoT) solutions that are the foundation smart cities, smart buildings, smart stadiums and other “smart” initiatives that are designed to enhance efficiencies.

As an example, High described a real-world process in a manufacturing center.

Traditionally, efforts to ensure the quality control of welding has required inspection by a person, which often meant taking apart recently randomly selected constructed products to ensure their soundness, High said. It can be a costly and time-consuming process, and the identification of a problem could require the manufacturer to wrestle with the issue of trying to determine just how many products have similar flaws, he said.