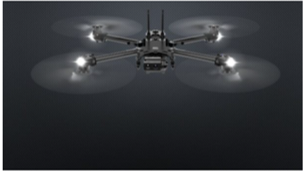 The DOI memo complained that Blue sUAS solutions did not meet their department’s needs, claiming that they were “less capable and more expensive” than the commercial drones previously used, and still contained Chinese parts, including circuit boards.   The American Drone Alliance responded to the article, saying that the piece “mischaracterizes the current domestic drone marketplace,” and downplays the national security threat posed by China-made drone technology.

The Financial Times article can be found here (behind paywall.)  The unedited American Drone Alliance statement is published below.

STATEMENT BY THE AMERICAN DRONE ALLIANCE

While you cannot put a price tag on national security, the reality is that the American-made drones selected by the Department of Defense are in fact cost competitive with Chinese alternatives. More importantly, they have been subjected to demanding cybersecurity reviews and deemed safe for use by government agencies. They are rugged and ready, capable of operating in the most demanding environments.

It is impossible to talk about the price of Chinese drones without talking about the Chinese Communist Party. For years, the Chinese government has apparently supported Chinese drone manufacturers by engaging in predatory pricing. As former DOD Under Secretary of Defense Ellen Lord made clear in 2019, ‘DJI dumped so many low-priced quadcopters on the market and we then became dependent on them both from the defense point of view and the commercial point of view.’